Due to the removal of a member of the Council, a supplementary election is necessary to fill the vacancy of Councillor for Hillcott Ward.

The draw for ballot paper order for the City of Tea Tree Gully Hillcott Ward was live-streamed on YouTube at 4 pm, Thursday 11 November 2021.

The voters roll for this supplementary election closed at 5 pm on Thursday 30 September 2021. 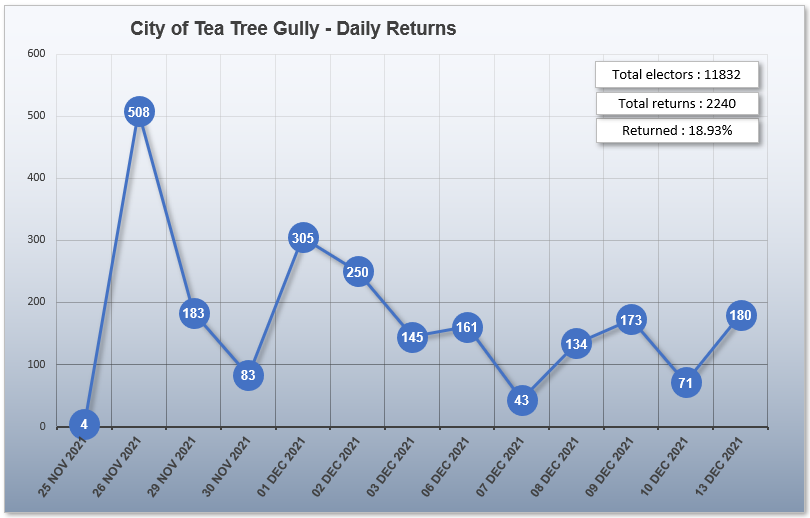 After the distribution of preferences Kristianne FOREMAN obtained 989 votes and was provisionally elected under quota.

To view the distribution of votes refer to the City of Tea Tree Gully - Hillcott Ward - 13 December 2021.